In this day and age of KonMari-ing and the “life-changing magic of tidying” (aka purging stuff), there are still so many things I find myself hanging on to.  I have photos and letters and mementos from lots of people I’ve known, places I’ve traveled to, and things I’ve been fortunate enough to experience.  In the KonMari spirit, each of these things sparks joy, so I keep them.  Each is precious to me. . . a way of remembering a moment in time.

Below is a relic that I’ll always treasure.  It’s from a boy named Bill.  I was 17 and he was 19.  It was the summer of 1984, and I was enamored.  This guy was so much more than cute; he was precious. His smile, his easy laugh, his outgoing personality, plus his love of dancing all made him So.Much.Fun.  He had all the swag of Ren from “Footloose”. . . a guy from Off (in his case, from Morrow which seemed like a metropolis to our small town).  He’d been in college for a couple of years which gave him a sense of sophistication and worldliness.  And he always had a philosophical take on things.

I went through spring rush at UGA when I was a senior in high school.  Bill drove me to Poss’ Lakeview in Athens where AOPi had their beautiful event.  It was a huge outing for me; an introduction to a bigger scene.  And Bill was the one to navigate me through the Greek process.  He knew the ropes; he was my first date to wear The Uniform (khakis, blue blazer, button-down, tie, and “dirty bucks”).   He left his sporty, souped-up VW bug at home and borrowed his mother’s Volvo sedan to drive me to this formal.  When we left the party (it was a catered affair, but with my nerves, I couldn’t eat), and at my request, he drove me through Arby’s for supper.

Bill was a shooting star on my radar.  He burned brilliantly for a few seconds; then I was off to Athens, and he on to his life.  He reached out to me on Facebook a few years ago.  He was a proud father of a beautiful son, and his philosophical outlook on life was very much in tact.  By the looks of his page, he was a well-loved man; respected by peers, friends, and family in our McDonough community.  I wouldn’t have expected anything less.  I was aware that Bill had some serious health issues, but it came as a shock to learn of his passing last October.  I immediately went straight to my attic and found this letter.  It’s so full of pride and wisdom, especially for someone of his 19 years.

Bill, wherever you are, I hope there’s a rousing field party.  And a pony keg. 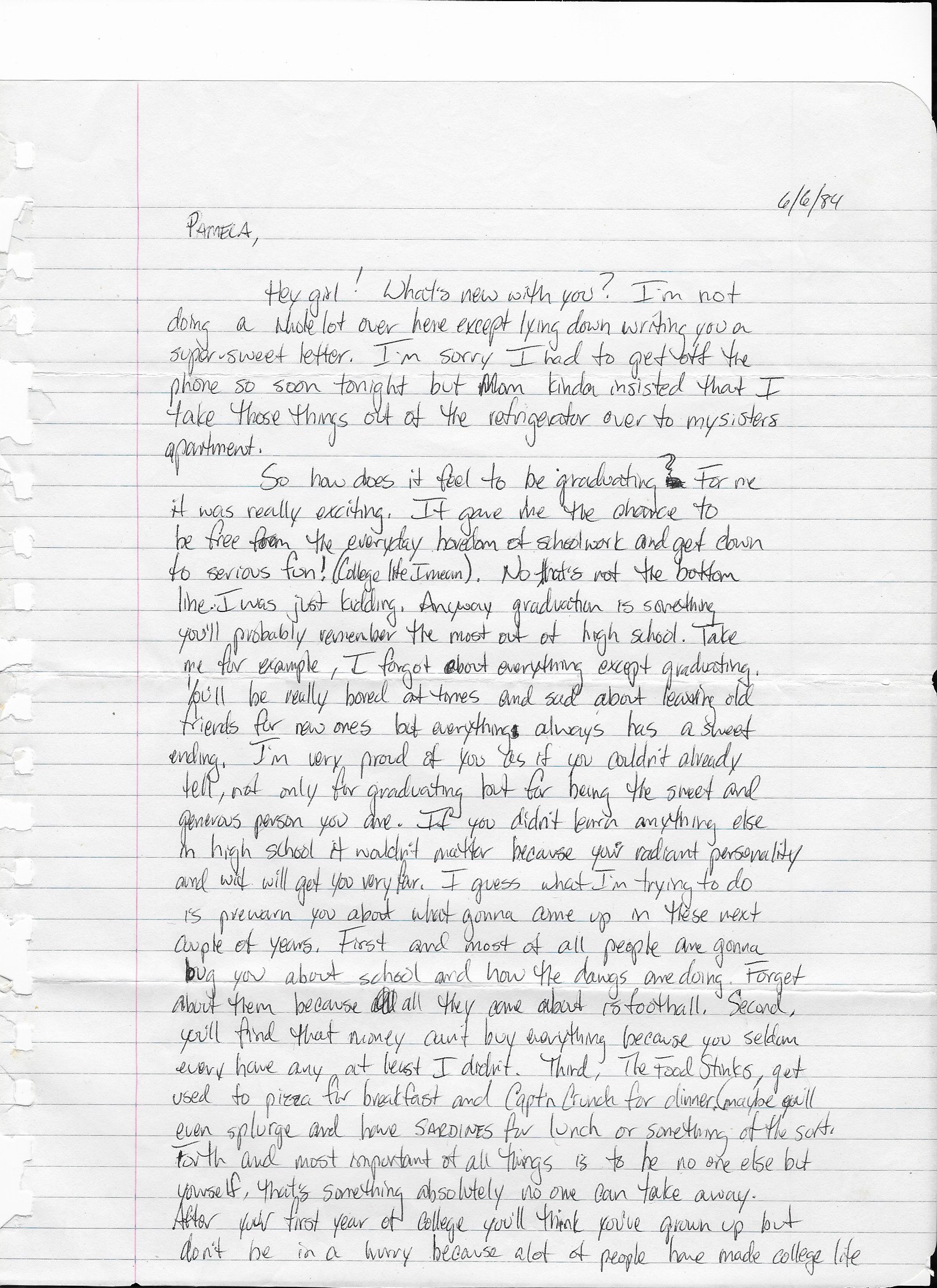 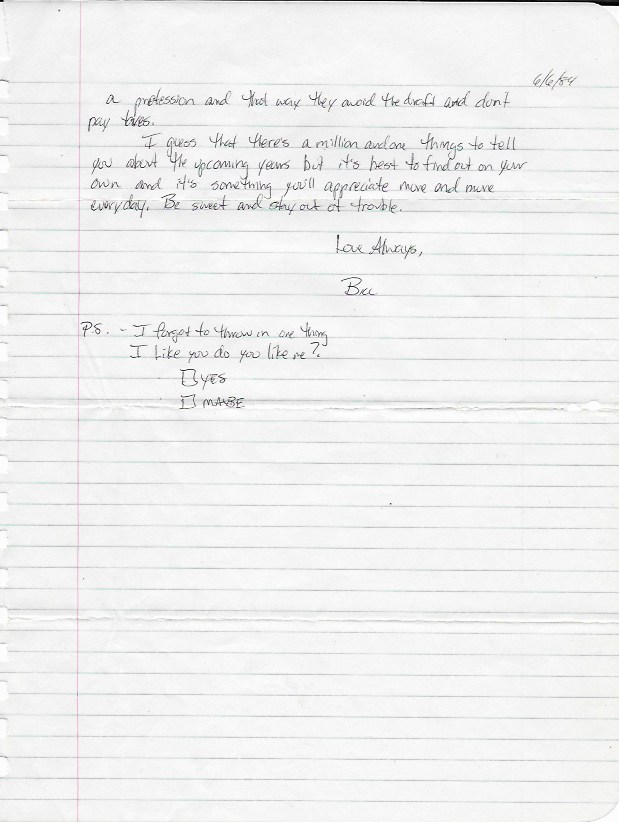