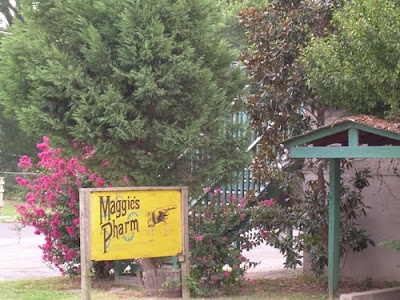 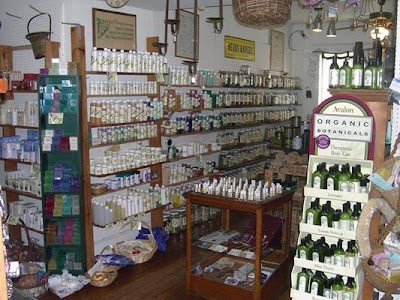 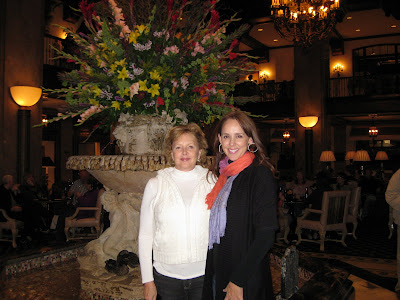 Once upon a time in a city not that far from Charleston, two lowcountry gurls set out on an adventure. This city is the home of BBQ, Beale Street, Elvis’ Graceland, and the Blues. . . Memphis, Tennessee. The drive from the airport to the downtown Marriott featured a stunning view of a great pyramid that is currently unoccupied and looking for a new owner. One of the gurls somehow remembered that this was appropriate. . .that the original Memphis was once the capital of ancient Egypt. (This factoid was soon confirmed with a quick Wikipedia reference on her Crackberry. . . oh, technology!).
The gurls learned there would be no Graceland, no blues, no BBQ, no Beale Street. The original plan placed upon the gurls was to go to meetings and discussion panels, luncheons and pre-planned entertainment. The life-blood was being drained from these vibrant two, and this would not do. When the gurls felt they were being boxed in and not allowed to shine their brightest, they broke free from the corporate restraints, left the too-structured environment, sneaked out of their pre-arranged hotel, checked into a new one, and sighed a big sigh of relief.
Some quick research of the area revealed two artsy parts of town called the Cooper Young District and Overton Park. So the gurls hired a trusty cabdriver, Mr. Earl, to take them around Memphis. The C-Y District was reminiscent of midtown Atlanta. . . small shops and sidewalk cafes. . . home of Goner Records, Young Avenue Glassworks, and the Java Cabana. But it was in Overton Park that the gurls realized their mecca: Maggie’s Pharm.
Maggie’s Pharm is an apothecary of sorts. It boasts “Herbs, Oils & Other Things.” Mr. Earl had never heard of this place, so the gurls simply gave him the street address and he delivered them safely. It was a small place, tucked behind lush trees and vines. The magnificent Valerie-with-the-dreds was something of an alchemist, mixing essential oils and elixirs, advising on scents, herbs, and potions. This was the place that the gurls felt most at home. The “Other Things” included books, cards, candles, incense, artisan jewelry, music, and t-shirts. It was difficult for the gurls to leave this oasis of bliss. But, alas, cocktail hour and the ducks at the Peabody Hotel called.
The story doesn’t end there. The gurls arrived safely back in Charleston, welcomed by the smell of pluff mud and 10 degrees more Fahrenheit. A few days later, one of the gurls began reading “The Alchemist.” She couldn’t help but think of all the similarities between her adventure and the one written about in Paulo Coehlo’s book. Both characters went to a city with a pyramid; both characters sought out an alchemist; and both characters realized that their true treasures were already close at hand: Home.
If your travels ever take you to Memphis, Tennessee, please check out Maggie’s Pharm at 13 Florence Street. It’s worth the trip. In the meantime, you can visit their website at www.maggiespharm.com